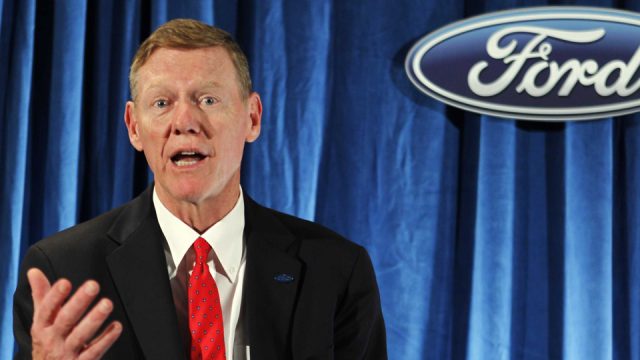 Ford’s CEO, Mark Fields, has asserted that Ford has the capability and the expertise to manufacture a high-tech laden Tesla-like electric vehicle. Although, he made no mention of the certainty of any electric vehicle coming from Ford, but said that, “It’s consistent with our product philosophy.”

Mark Field’s made the previously mentioned comment on Friday during a conference call with reporters and Wall Street analysts while discussing Ford’s third quarter earnings for the year. At present, Ford has only got the all-electric vehicle, Focus electric, and coming up with a car better than the Focus electric seems pretty compatible with Ford’s lineup, since the future of cars appears to be “electric.” Moreover, Mark Field’s added during the discussion that Ford has the manufacturing prowess to build a vehicle that is on par with Tesla’s Model S. Surprisingly, Mark Field revealed that Ford bought the Model S and tweaked and tinkered with it by asserting the following: “We drove it. We took it apart. We put it back together, and we drove it again.”

Furthermore, Ford revealed during its discussion of its third-quarter earnings that its pre-tax earnings amount to $1.2 billion with a net income of $835 million, which are both down from 2013’s statistics. Whatever Ford has planned for the steering of the company in regards to cars, we believe that more and more automakers will eventually take a dive into the electric vehicle market.