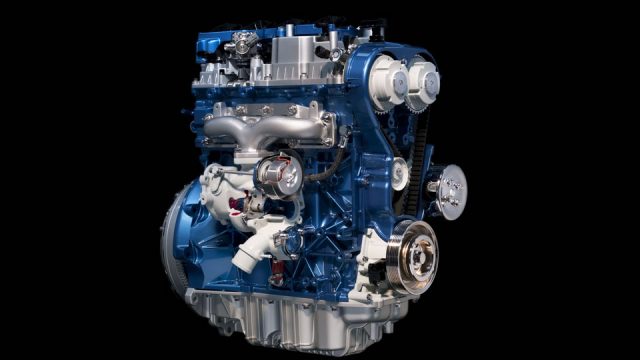 Ford has decided that it’s time to bring production of their newest EcoBoost engines to the United States, and specifically, Cleveland where the company has already had a small level of production to this point. The newest twin-scroll 2.0-liter and 2.3-liter EcoBoost engines, which happen to be turbocharged, will come directly from the Cleveland plant in Ohio, where Ford will begin to make what was once an American staple, entirely American again. For years, automotive companies have produced vehicles and parts outside the United States, but now, it would appear as though the trend is moving back toward American made.

The cars that will be receiving these engines will be the Ford Edge, Mustang, Explorer, and the Lincoln MKC. This move is interesting and exciting, but not all that surprising given the fact that Ford did recently invest $200 million in this very plant in just 2013. The plant is currently used to produce larger versions of the EcoBoost engine, and employs 1,300 people. In all though, this is a great sign for Ford and the automotive industry as a whole in the United States who is still reeling from the recession, and is currently feeling the backlash after GM has recalled an astronomical number of vehicles in just over a year.

Bruce Hettle, VP of Ford North American Manufacturing said that, “With more than 4 million Eco Boost-powered vehicles on the road today, Cleveland Engine has been at the forefront of our plan to provide our customers with fuel-efficient, affordable engines.” He went on to point out in a statement that “The hardworking team in Cleveland Engine is proud to build two of the most technologically advanced engines on the market today.”

This all has come with promise too of future success. Ford already added 450 jobs, and it would appear as though the company will continue to add more jobs as time goes on. Right now, the company seems satisfied with the rate at which they’re growing and adding production level jobs here in the United States. People are sure to be happy about that since that has been one of the longest standing complaints about the automotive industry as a whole – that jobs are leaving America – rather than staying here.