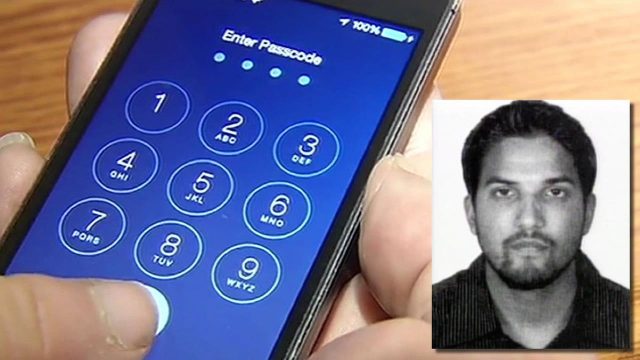 The US Federal Bureau of Investigation has managed to hack into the iPhone, which has been used by the gunman of Pakistani origin Syed Farook, who carried out the December 2, 2015, carnage in San Bernardino, which left 14 people dead. The gunman was later killed by police.

FBI was embroiled in a legal tussle with Apple to force it to crack its iPhone encryption against its will. According to latest reports, Department of Justice has said that FBI has used a new method which has been suggested by a third party to hack into the iPhone used by Farook and his Pakistani wife, Tasfeen Malik. The government no longer needs Apple’s assistance now.

Apple successfully fended off Government pressure in a month long legal tug-o-war to unlock the iPhone on grounds that it will compromise user privacy.

Apple had solid support from other Big Whigs from the Silicon Valley like Facebook and Google. However, the sudden turn of events has raised questions about Apple products and its iron-clad security features.

US Attorney Eileen M Decker said in a statement said that the decision to halt the litigation was based on the fact that help from a third party has enabled the FBI to unlock the particular iPhone used by the terrorists. Decker did not name the third party, raising speculation over the ‘outside party’. The FBI itself is facing a lot of flak for its inability to unlock the iPhone and seeking outside help.

However, the FBI said that repeated attempts to guess the passcode could cause the phone to wipe its memory completely. The Apple –FBI faceoff started five weeks ago when the Justice Department obtained a court order asking Apple to assist FBI in circumventing the lock screen of the iPhone 5C which Farook used.

The details of the FBI’s ‘outside party’ aren’t clear but clues point out  that the Israel-based security firm Cellebrite could be the FBI’s latest friend in need.