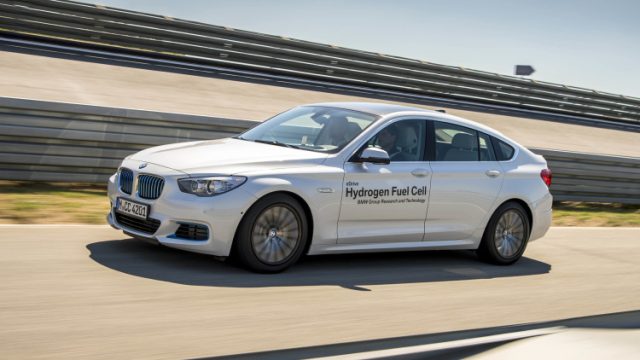 BMW has officially unveiled their new 5 Series GT, which is going to be one of the most impressive vehicles of the future – if it can maintain its impression. That means the big splash that it made when BMW unveiled it, needs to stay in the spotlight, as BMW works to showcase what could be the fuel of the future.

The BMW 5 Series GT utilizes hydrogen-fuel-cell technology, which is significant because it is an alternative to traditional oil-derived gasoline or diesel. The biggest selling point of the vehicle for regular drivers, activists, and government officials is the fact that it draws absolutely zero emissions. That would prove to be significant in the grand scheme of the climate, which has been in desperate need for work to ensure that future generations have a livable planet to call home. The 5 Series GT pumps out 245 horsepower, which is impressive for a vehicle of this nature. It features a 2.0-liter, four-cylinder engine that is turbocharged. The fuel range of this particular vehicle is impressive, too, with it lasting as much as 300-miles on a single fueling. After that, the vehicle requires a recharge.

A while back BMW and Toyota teamed up to bring a hydrogen vehicle to the regular lineup of vehicles by 2020. Right now, it would appear as though both companies are on the way to achieving this milestone, which would be impressive, but perhaps the biggest concern now would be the cost. Hydrogen fueled vehicles are not cheap, and this is something that matters for the average consumer.

Matthias Kleitz said of the vehicle that, “The i8 fuel-cell was done five years ago and then we used it for two or three years for testing and proving.” This is significant because it shows just how long the companies have been working on this technology. This means that there is a ton of money invested into projects like this, so seeing them come to fruition is an important step within the auto industry because it gives projects like this legitimacy.

Many of these projects are only seen as pet projects, rather than being significant projects that have a lot of meaning behind them because there hasn’t been anything tangible, or affordable for the average consumer to afford. While this vehicle certainly won’t be the affordable one, it is an impressive step forward and it proves that companies like BMW and Toyota are always thinking about expanding their lineup to include more alternatives to traditional fuel.