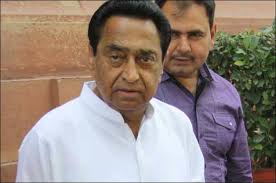 Kamal Nath has quit his post as AICC General Secretary and has been relieved from his duties with the acceptance of Congress President- Sonia Gandhi.

According to Nath his decision to give up his post was because he didn’t want the attention to be diverted from the real issues that Punjab faces.

Kamal Nath has faced much criticism in the recent weeks on his appointment as in-charge of Punjab, linking him with the 1984 controversy that took the lives of thousands of Sikhs.

A day after the assassination of Indira Gandhi, an anti-Sikh riot broke out at the Gurudwara Rakabganj in New Delhi. A mob attacked devotees claiming the lives of 2,733 Sikhs including men, women and children. Reports suggest an additional 50,000 Sikh pilgrims were displaced during the attack.

While the Nanavati Commission was put together to investigate the matter, Kamal Nath was cleared of charges of his involvement in the matter although the court was provided with two witnesses who accounted for his presence outside the gurudwara.

When recently appointed as General Secretary and in-charge of Punjab, the AICC leadership and decision making was called into question.

A statement from the former Union Minister MS Gill states that Nath’s instatement of power in Punjab is akin to rubbing salt on a wound.

Leaders of other parties including the BJP spokesperson as well as Phoolka, a renowned lawyer and AAP leader have publically expressed their dis-satisfaction in Kamal Nath’s appointment as leader in Punjab in the first place.

Sikhs around the World protested against Nath during the previous investigations of the 1984 riots and much of the anger and disappointment still remains deep-seated among the Sikh community.

In his letter to the Congress President, Nath mentions that “This canard is nothing but a cheap political ploy to gain traction ahead of the elections.”

If the Congress was left with no one else to put in charge of Punjab and had to go with Kamal Nath despite being aware of the insensitivity… it would mean the leadership in the AICC is seemingly running dry.

Jennifer Lopez, Ben Affleck’s Baby Plans After Engagement: Will They Have Kids? – STYLECASTER

Jennifer Lopez on the Super Bowl Halftime Show: ‘It Was the Worst Idea in the World’ – Sports Illustrated

Jennifer Lopez vs Shakira net worth: This is the difference between their fortunes – Marca