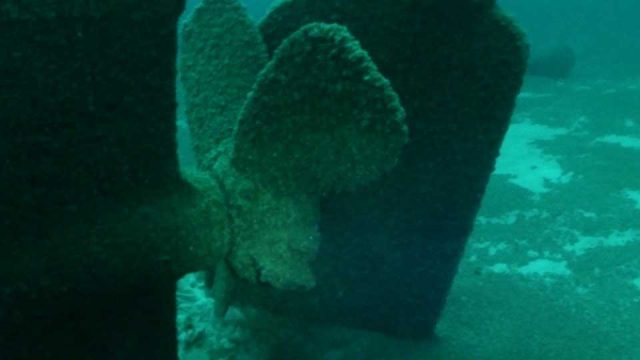 Crystal clear water of the Lake Michigan has ended up revealing several haunting hulls of ships that couldn’t withstand the perils of the lake and became victims of shipwrecks hundreds of years ago.

The water of the lake became unusually transparent due to melting of the surface ice. The haunting, yet fascinating images were captured by the US Coast Guard during its routine helicopter patrolling.

The air crew carrying out the job got a perfect view of the wreckage. The photographed region houses parts of ships foundered during the 19th century as well as the early 20 century. Here, it must be mentioned that the signs of wreckage on the waterbed usually remain obscured.

For those who don’t know: unpredictable weather of the region makes the water of Lake Michigan one of the most dangerous waters on this planet. Sudden storms are pretty common here. It is said those sudden storms and other calamities like excessive fog and fire have resulted in destruction of hundreds of thousands of ships and boats in the past centuries. The Coast Guard didn’t identify the wrecks when it first came across them; it recognized the ships with help from Facebook fans. The fans on Facebook told the Coast Guard that two of the photographed ships were the Rising Sun and the James McBride. James McBride was a 121 ft ship that encountered a storm on Oct 19, 1857. The remains of this ship are now lying in the water near the Sleeping Bear Point. The ship started operations on April 1, 1848; this means it was functional for nine long years. Reports suggest that it sank when bringing a cargo from Manitou Islands.

The other ship photographed by the Coast Guard air crew i.e. the Rising Sun was basically a 133 ft long wooden steamer. On Oct 29, 1917, it got stranded around the northern territories of the Pyramid Point. It is believed that the vessel encountered a snow storm before being stranded.

Availability of adequate number of lifeboats ensured that all 32 people onboard got saved. However, the vessel broke into pieces. The wreckage of the Rising Sun currently rests in about 12ft of water.