Pittsburgh, Pennsylvania, USA; Pittsburgh Steelers running back Najee Harris (22) runs the ball during the fourth quarter against the New England Patriots at Acrisure Stadium. Mandatory Credit: David Dermer-USA TODAY Sports
The biggest wrinkle of the Showdown format is the ability to choose one captain (CPT), who costs and is scored at 1.5 times the standard values. The CPT designation opens up another layer of strategy while exponentially increasing the number of possible lineup combinations, which is important for reducing duplicate winners and split prizes. I wrote a primer on playing this format, with details on historical positional trends and salary usage.
This season, I’m going to analyze all of the NFL’s “island” games (TNF, SNF and MNF) and playoff matchups, utilizing PFF’s weekly projections, current betting lines and millions of simulated historical combinations to identify the best and worst values for an upcoming matchup.
There are five main components to this Showdown slate analysis that you’ll find below:
To analyze this specific Showdown slate, I looked through thousands of NFL matchups from 2014 to 2022 and found the closest analogies to this contest according to the following parameters: betting spread, over/under and average fantasy points scoring for the top-ranked positional players of both rosters (QB1, RB1, WR1, TE1).
I won’t detail every matchup that falls into the top 100 for this game, but for illustration purposes, let’s look at the most similar matchup:
The spread and over/under are similar in these matchups (Ravens -6.5, 43.5 O/U versus this matchup at Browns -5, 38.5 O/U). All the players aren’t perfect matches, but that’s why we use 100 similar matchups and not just the single most similar.
The optimal roster for that historical matchup, assuming positional salaries equaled what they are for this Showdown slate, would have been:
For this game and 99 other similar matchups, I calculated every possible combination that fits with Showdown rules (one CPT, at least one offensive player from each team) and would fall under the $50K salary threshold, assuming the salaries for the historical similar matchups are the same as those for this contest.
The most unique part of the format, and therefore the biggest opportunity for a competitive advantage, is choosing your CPT. Should you always choose a QB who typically has the highest absolute fantasy scoring? Are defenses and kickers viable options? RB versus WR?
I went through the millions of possible lineup combinations for the 100 most similar matchups and found who the CPT selections were on the top-five scoring lineups for each matchup. Here are the 500 CPT choices from those matchups by position rank according to salary. 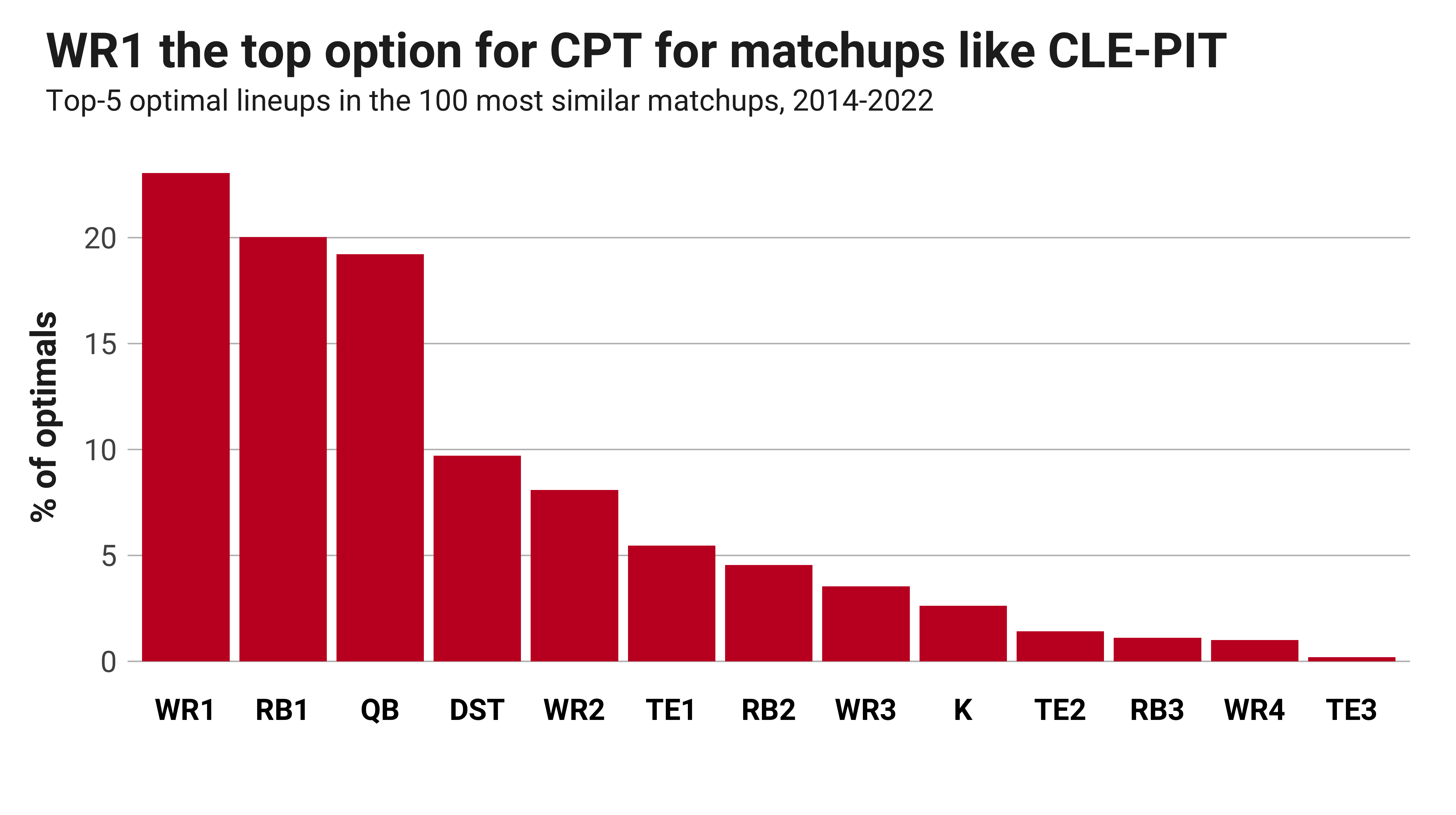 This graph illustrates the full range of allocations for the different positions to measure how many of the 500 optimal rosters had exactly zero, one or two of the given positions. 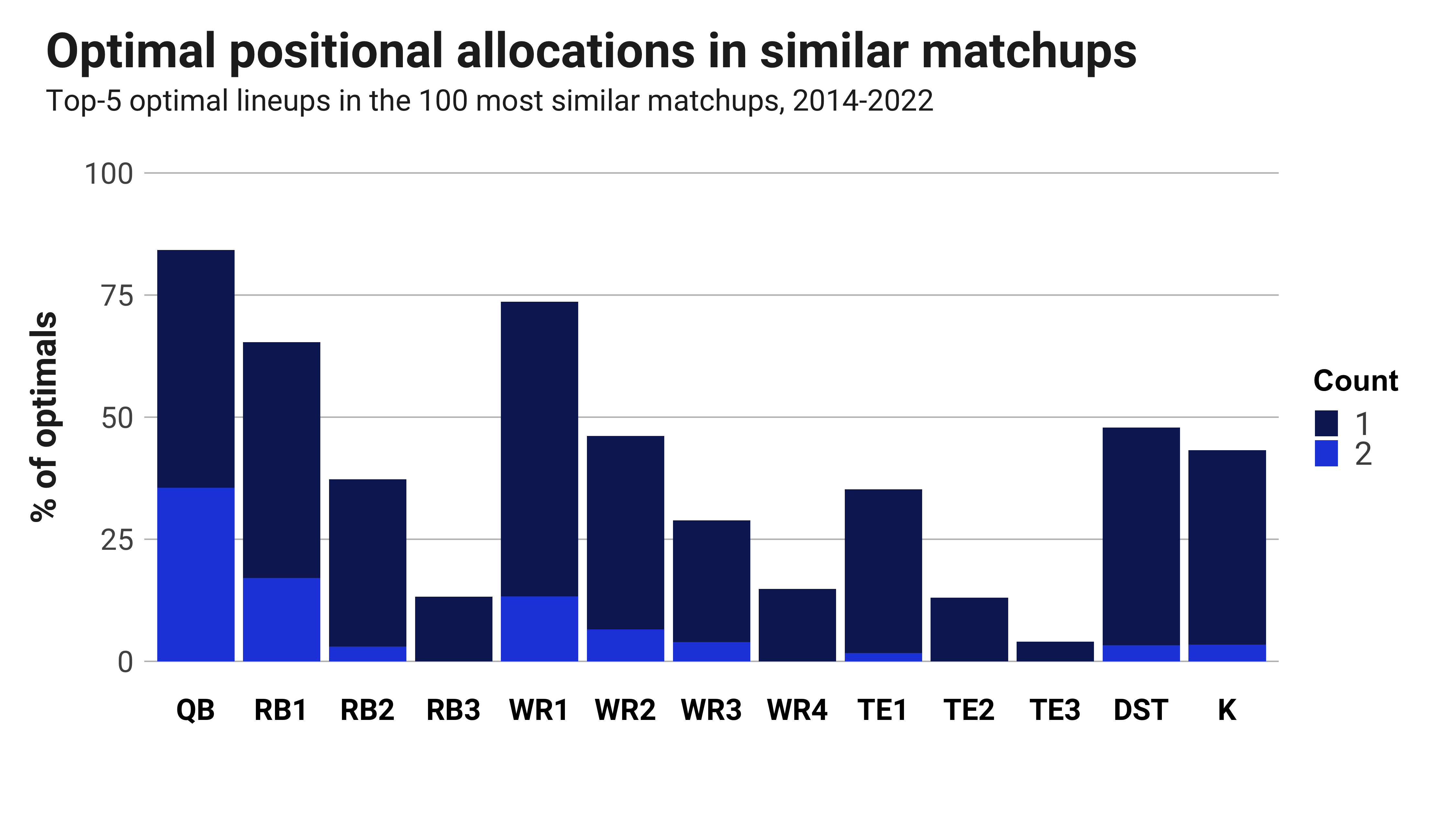 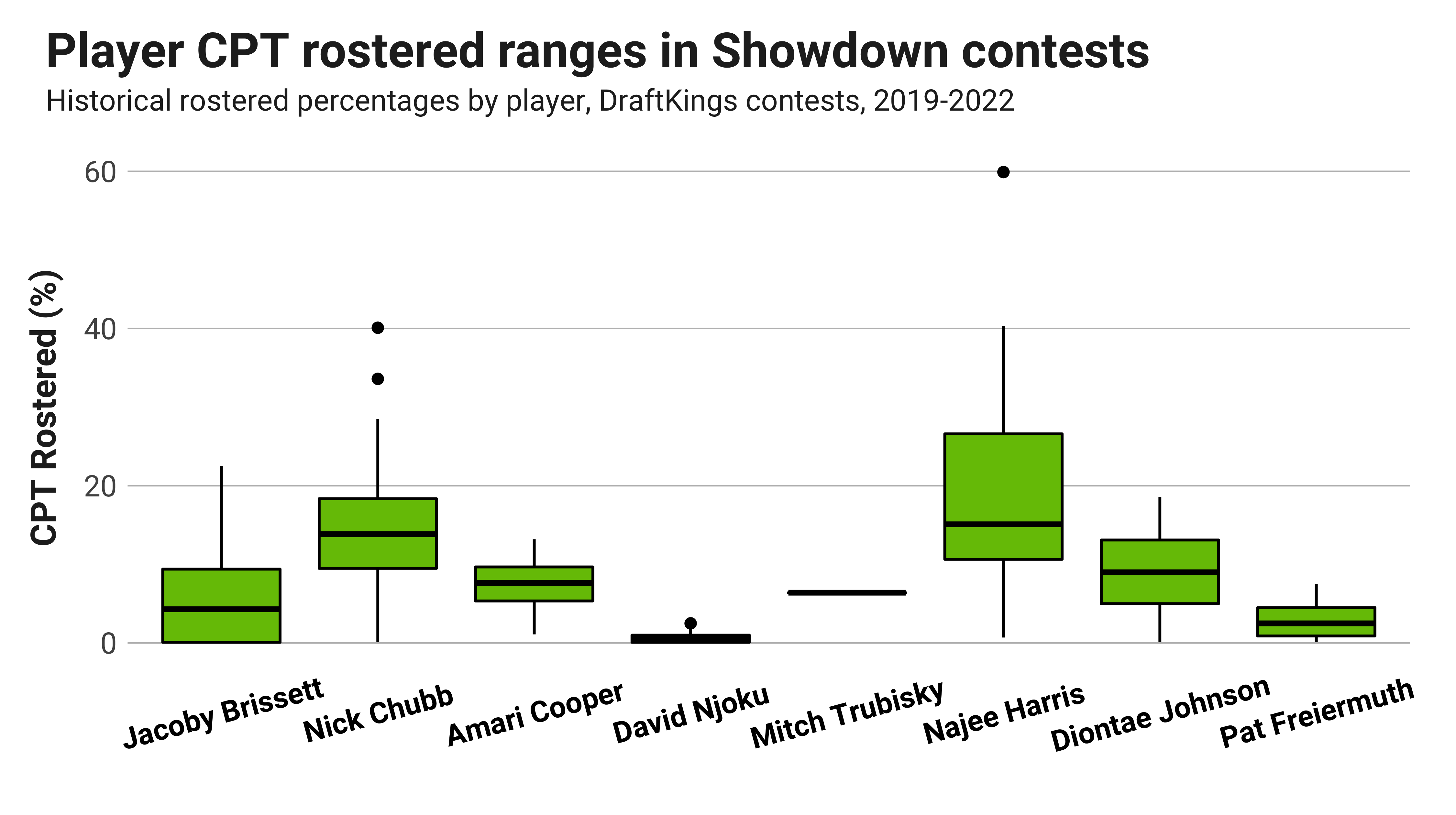 The boxplot above shows the ranges for CPT ownership for each starting player in contests since 2019.
This is where the analysis comes together and becomes actionable. What’s most important when viewing these numbers is to contrast them to the optimal numbers taken from the analysis above for different positions. Then, we see where the leverage may exist.
The two tables below compare the optimal allocations above, with adjustments for the personnel of this particular matchup, to our ownership projections for CPT and FLEX.

Johnny Depp Won The Trial But Loses To Amber Heard In Google’s Most Searched Celebrity In 2022! Here’s Where Elon Musk, Kim Kardashian &...

Johnny Depp Won The Trial But Loses To Amber Heard In Google’s Most Searched...

These best-selling Colorfulkoala leggings are on sale now at Amazon (plus more Black Friday...

Hollywood sign gets makeover ahead of its centennial in 2023 – CP24