It is becoming clear that the outlook isn’t good for the PC. At one time, the PC was the lifeblood of any business, and was at the center of every home. Multiple users would oftentimes crowd onto one desktop PC, and it would be the technical hub for anyone seeking answers, or seeking organization. Well, that was a number of years ago and now that couldn’t be a more distant memory. The PC is dying and the latest figures reveal just how bleak the outlook really is, even as Microsoft’s Windows 10 enters the market and aims to save the day.

Gartner, a tech research firm pointed out that this year there had already been a 9.5% decline in shipments in the second quarter. Data from the tech research firm IDC revealed that the Gartner numbers, which showed 68.4 million units shipped in the quarter was overly-optimistic. IDC found 66.1 million units shipped in the quarter, and cited their exclusion of tablets as being the difference maker in the figures. The exclusion of tablets is interesting because tablets and other mobile computing options have played a huge role in killing the PC.

Lenovo, HP, and Dell are the top dogs in the PC world, but all saw a decline in year-over-year production and shipments. Interestingly though, Apple was the only company that saw an increase in overall sales of PC’s. However, PC’s are the least of Apple’s concern as they moved nearly as many iPhone 6’s this year, as the entire PC market sold computers. For Lenovo they managed to move 13.5 million units of PC’s this last quarter, and while those numbers aren’t necessarily embarrassing, especially since they lead the way within the industry it isn’t exactly a show of confidence in the industry as a whole.

Must Read: PC market is dying and Windows 10 won’t save the day

Apple has even made it clear that the focus isn’t in desktop or laptop PC’s. That simply isn’t where the business is right now. They’ve opted to focus on mobile, and for very good reason. Most other manufacturers are doing the same, and that means more options and a changing of the guard in terms of what is king in computer. Mobile is now the winner, and PC’s are going to be left to die a slow, and what will be painful death.

It has gotten less expensive to produce PC’s but it still is very expensive to produce them, when it’s compared to the overall profit that mobile devices can bring in. More importantly, they can put a mobile device in every person, or businesses hand, instead of just relying on a handful of devices. Google even changed their search algorithm to ensure that mobile-friendly sites are prioritized first. The PC market simply isn’t what it was a dozen years ago, or even six years ago. Right now, it’s laboring hard to just stay afloat – and before long – it will be sinking entirely. 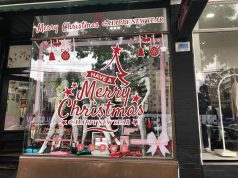 The Biggest Business Risks: What Are They and How Can You Tackle Them?

Bitcoins: How they came into existence and what are they?

Five jobs you can do with a degree in Criminology