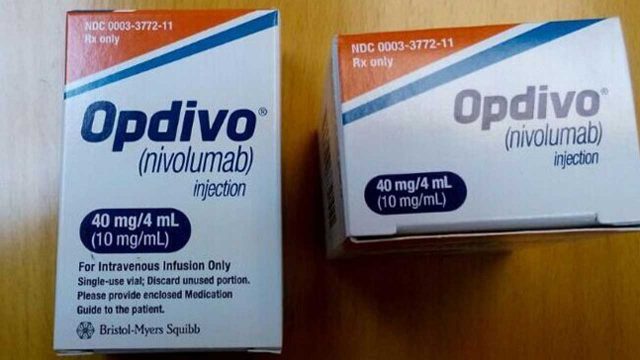 Results obtained during recent trials have revealed that the drug called Nivolumab (Opdivo), a PD-1 inhibitor, can improve survival of some lung cancer patients. To be more precise, researchers have found that the drug can reduce death risk of previously treated non-squamous NSCLC (non–small cell lung cancer) patients by 28% compared to what Docetaxel managed to do.

All the above mentioned facts are part of the updated findings obtained during the Phase III CheckMate-057 study. These findings were presented at this year’s European Cancer Congress in Vienna and were also published in The New England Journal of Medicine on September 27.

As much as 19% patients in the Nivolumab group experienced one-year long progression-free survival. Just 8% in the Docetaxel group showed similar response. Objective response rates among patients treated with Nivolumab and Docetaxel, on the other hand, were respectively 19% and 12%.

Leora Horn of the Vanderbilt-Ingram Cancer Center, who happens to be the lead investigator of the study, said that these long term survival results for Nivolumab when used for treating advanced non-squamous NSCLC support the potentials of this drug as a treatment for lung cancer. She added that facts and figures thrown up by CheckMate-057 prove that Nivolumab is capable of offering a sustained survival benefit to patients suffering from this debilitating form of lung cancer.

According to Horn, the findings of the study are extremely encouraging for both patients diagnosed with the disease and oncologists.

A total of 582 patients with advanced non-squamous NSCLC participated in the study after platinum-based doublet chemotherapy failed to offer them any result.

SD Gundam Battle Alliance will have different features based on the platform – RPG...

The new Love Island and 8 more new movies & shows to watch this...