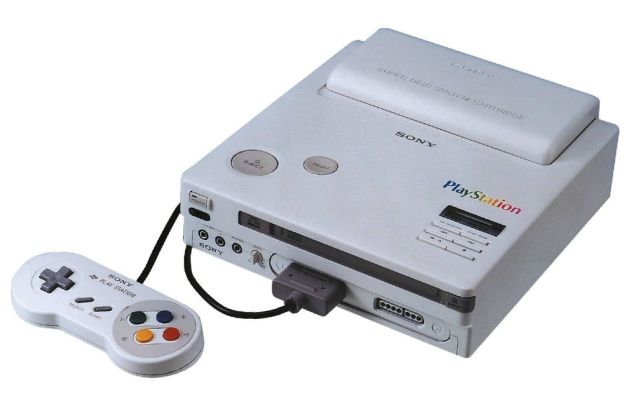 Sports card and stamp collectors have one thing in common: both maintain collections that could one day net them millions. In the case of one man in particular, however, his son just happens to be a gaming geek who discovered that his dad owned a particularly valuable piece of equipment: a Nintendo-Sony Play Station prototype, one of only 200 available in the world.

The guy who found the game console is named Daniel Diebold. His father, Terry Diebold, was a maintenance man for Advanta Corporation, the parent company of Sony Interactive Entertainment. Advanta eventually went bankrupt (for reasons unknown), and Terry was a maintenance man charged with cleaning out the company building. He took the console home and kept it hidden until his son discovered it a few years ago. Nintendo talked with Sony about developing the Super Nintendo Entertainment System (or SNES for short) back in the 1980s. At that time, Nintendo and Sega were battling for gamer’s hearts, minds, and wallets, and Sony had yet to enter the gaming scene. Sony was well off in other areas, however, with its headphones, cassette players, and other music equipment (aside from its cameras) making the company lucrative. Nintendo wanted to remain cutting-edge (as do all companies at the top of their game), so the company famous for its Mario Brothers series discussed creating the successor of the original Nintendo game console with Sony.

The second game console would become Play Station, and it would mark the start of Sony’s rise to fame in the game sector. Unfortunately, Sony never got to build the CD-ROM add-on; Nintendo defected to Philips to provide the augmentation. Sony decided to proceed with its CD-ROM game console, and the first PlayStation was released on December 3, 1994. Ultimately, after the Sega Genesis, and the Sega CD, among others, Sega would fall and Sony and Microsoft would rise to their current places.

The console itself, as Daniel shows in the video, features a headphone jack on the side (for personal music and game audio), a scrolling button to adjust the volume, two controller plug-ins for two controllers, a CD-ROM insert for CDs, an eject button, audio and video outputs, and others. The console doesn’t come with an adapter (though there is an adapter slot on the device), but a cartridge that comes with the console is dated “10-6-92” (October 6, 1992) with some Chinese or Japanese written beneath it. The Diebold console is only one of about 200 prototypes, but after Nintendo and Sony fell apart, Advanta was instructed to eliminate the consoles; perhaps an NDA agreement was at play, here.

Both Nintendo and Sony are still around in the gaming world, but Sony is one of the giants these days (Nintendo, not so much). However, Sony’s latest PlayStation 4 has a strong rival in Microsoft with its Xbox One. Sony has won a spot in gamers’ hearts today because of its tried-and-true cartridge model, but even with the cartridge model still popular, Microsoft’s cloud gaming in the Xbox One is the future. Microsoft has had to make concessions from its cloud gaming program and continue its reliance on cartridge games to bring in revenue and profit, with the company making its Xbox One console to have 360 games compatibility at the recent E3 2015, but the Nintendo- Sony PlayStation game console takes us back to a time in which cartridges and CDs were a gamers’ best resources. Perhaps someday, when a storm knocks out our Wi-Fi and gaming opportunity for a limited time, those cartridges and CD-ROMs will entertain us once more.

Jennifer Lopez Showed Off Her Abs in the Bra and Skirt Set of Our...