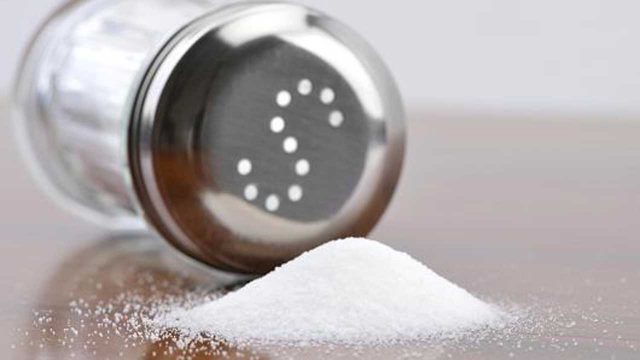 New York City has become the first to add sodium warnings on restaurant menus. From now on, restaurants in the city will be marking exceptionally salty items on their menu with an advisory symbol.

On Tuesday, the city’s chain eateries started showcasing a miniature saltshaker placed inside a black hazard triangle just beside all menu items containing more salt than the daily sodium limit (2,300 mg or around 1 teaspoon) recommended by nutritionists. Here, it must be mentioned that according to facts put up by recent surveys, an average American intakes around 3,4000mg salt per day.

This step by the city’s restaurants has made public health advocates extremely happy. They are calling it a smart way of informing diners about the level of sodium present in food items ordered by them.

This newly introduced warning affects the multiple-outlet venues such as Chipotle, Panera Bread, and Applebee’s, which together constitute around a third of the restaurant traffic in New York.

According to information provided by the city’s health department, around 1 in ten menu choices will be having the advisory symbol beside them. This would mean that from now on patrons may think twice before placing an order for a cheddar bacon burger at TGI Friday’s. For those who don’t know: cheddar bacon burger is a food item packing in 4,280 mg sodium.

Contrary to the popular belief green salads are also not always free of sodium. For instance, boneless Buffalo chicken salad served at Chili’s contains 3,460 mg sodium. This means, someone looking to place an order for this salad will also get to see the salt warning printed beside its name on the menu.

Zane Tankel, the CEO of Apple Metro, said that they are not trying to act like food police and tell people what they should do. According to him, what this newly introduced rule is trying to depict is that it’s extremely important to provide every customer visiting restaurants with the opportunity of making the right decisions (or even wrong decisions).

Health workers are happy to see this new rule as excessive sodium intake has connections with a host of health problems including increased risk of developing the cardiovascular disorder, increased risk of stroke, hypertension and so on.