Google wants to make searching for car insurance easier. The company announced a tool that would help consumers online search, and find the most-affordable rates for automotive insurance. It’s going to be called, “Google Compare for Auto Insurance,” and will allow those behind the wheel to use Google to shop and compare rates of multiple insurance providers. Initially, it looks like the service will be exclusive for those in California, but Google has promised that this service will be launching in multiple states across the country by the end of the year.

However, this isn’t a concept that is entirely new. In fact, Google already has features like this in the UK where users can compare insurance rates and even mortgage rates from different lenders online just by executing a Google search. Really though, this is where the technical questions will come into play. On one hand, seeing Google offer a tool that is useful is incredibly beneficial for users – if it is executed fairly and properly. That though shouldn’t just be assumed. 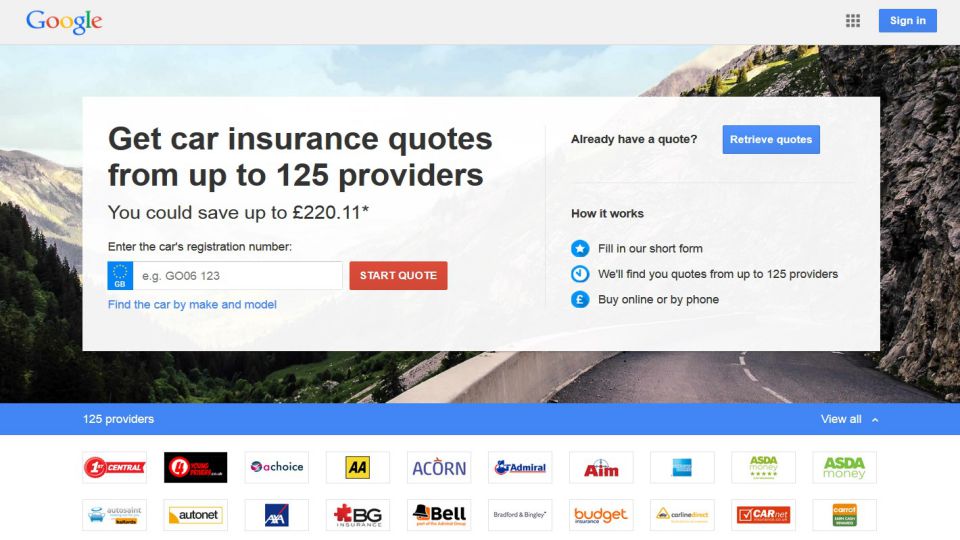 Altogether users on Google will be able to compare up to 14 rates on the site and search through a multitude of different rates. This really points to how badly Google wants to expand what they do, and expand what they’re known for doing. They want to build what they have into something significantly larger – and at the end of the day – this is important to see come to fruition if the company wants to continue on that pathway. That all being said, other companies, including the insurance providers are likely to find some fault with this situation as it goes live. The truth is that it wouldn’t be a reach for anyone to assume or presume that Google could technical provide preferential treatment to certain insurance providers, while serving as a funnel for some companies to have results pushed their way.

Google though really just wants to expand what they are known for. Since search is undoubtedly one of the biggest reasons why they have found success it’s important to continue to diversify what search truly is, and that’s what Google is working on now.