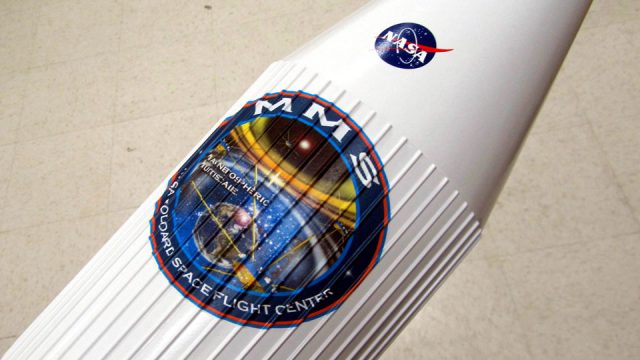 Four identical NASA spacecraft were launched into orbit last Thursday from Florida’s Cape Carnival at 10.44 pm Eastern Time. The spacecraft got stacked above one another and placed inside a launch rocket. Each spacecraft were deployed separately on Friday, between 12.16 am and 12.31 am.

These NASA spacecraft will soon start unfurling different instruments to carry out various tests. However, still they will continue to fly together as a unit; this is because all of them have the same goal i.e. investigating magnetic reconnection.

During the occurrence of magnetic reconnection, radioactive energy of the sun might come closer to the Earth breaking the magnetosphere, the protective magnetic layer surrounding our planet. Such events are categorized as solar storms. Solar storms often cause interruptions in radio communications and create problems in satellites. Bad space weather is also known to damage electrical grids at Earth’s Polar Regions.

NASA is using four space craft for the study to allow scientists to fly them on a unique orbit. The US space agency has named this mission Magnetospheric Multiscale Mission (MMS).

Scientists taking part in this mission will be flying the spacecraft forming a pyramid and keeping just 10 km gap between each other. They are hoping to witness magnetic reconnection taking place right on the area surrounded by the four aircraft. This will allow them to get a perfect 3D view of the event.

The interim director of the space agency’s Heliophysics Division Jeff Newmark said that the success of MMS is crucial to the advancement of the science of magnetic reconnection. He added that if the scientists succeed in gathering as much information about magnetic reconnection as expected from this latest NASA mission, our knowledge about the phenomenon will grow significantly.