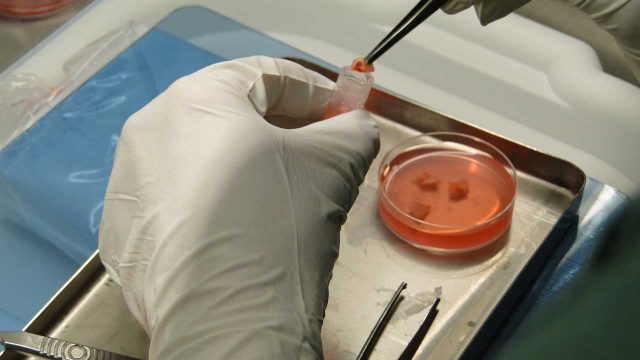 A 27-year-old woman in Belgium has given birth to a baby using transplanted ovarian tissue that was frozen during her childhood. The woman had one of her ovaries removed when she was a 13-year-old girl, following which she started undergoing invasive treatment for sickle cell anemia.

The treatment resulted in the failure of her remaining ovary. This meant that it was unlikely that she would ever get pregnant without the ovarian tissue transplant.

Based on the story of the unnamed 27-year-old woman in Belgium, experts are hoping that this transplantation procedure will help more young patients in future.

The woman was found to be suffering from sickle cell anemia when she was just 5 years old. Following the diagnosis, she came to Belgium from the Republic of Congo; doctors in Belgium decided to make her undergo a bone marrow transplantation using matching tissue taken from her brother.

However, before initiating the transplant, the doctors needed to treat her with chemotherapy. Doing this was essential for disabling her immune system in order to ensure that it doesn’t end up rejecting the bone marrow of her brother.

Chemotherapy is known for destroying ovarian functions; keeping this in mind, the doctors decided to remove the patient’s right ovary and froze its tissue fragments. Here, it must be noted that when her right ovary was removed she was just entering puberty but was yet to have her periods. The other ovary failed when she was 15.

After almost a decade, the woman decided to give birth. So, her doctors grafted the thawed fragments of her removed ovary all over her body, four onto the remaining ovary and 11 on other body parts.

Dr. Isabelle Demeestere, who led the team of doctors responsible for restoring the woman’s fertility, said that now it can be expected that the process will help many other young individuals at risk of suffering ovarian failure.

However, she admitted that the procedure will need to undergo further investigations in very young girls who still have some time to reach puberty. This is because the patient is giving birth using the process although didn’t have periods when her ovary was removed, had already entered puberty.