During a recent study, researchers found that women with a glam look although attract men more easily, men usually don’t trust them. However, the findings of the study are suggesting that women find well-groomed men more reliable.

These findings have made the already complicated world of online dating even more complicated. Those who think that uploading their hottest picture is the best way of getting suitable dating partners should take the above findings into consideration; this is because by looking too hot you might make people feel that you are “too hot to trust”.

The said study was conducted for finding out how people judge each other based on their profile pictures in dating sites; the team of researchers in charge of the study was carrying out the process at the University of Connecticut. During the course of the study, researchers showed any one of four dating profile photos, enhanced or casual, of the same man or woman to over 650 volunteers arranged in an opposite sex condition.

It was found that men participating in the study were showing less trust for women with enhanced photos; those were photos taken from good angles and with high-quality makeup and lighting. However, all those men appeared to be very enthusiastic about dating those women.

Later this month, we’ll see the team presenting all the findings of this study at the annual conference of the International Communication Association.

All the people participating in the study were 1st-year students of communications; their age ranged between 17 and 36 years. According to the researchers, presenting just a single photo eliminate the chances of “relative” attractiveness.

Researchers asked the volunteers how they would rate the person in the photograph shown to them for trust, attractiveness and similarity with them.

The lead author of the study Rory McClain said that men don’t trust attractive women but want to date them. He added that for women, on the other hand, a man’s attractiveness is just like a halo; the moment women find a man attractive, they assume all other traits of the man would be good. McClain teaches communications at the University of Connecticut.

Why is Yoga beneficial for children

Tips for Choosing the Right Enrichment Class for Your Child

Here are the top 4 advantages you gain from CBD Vape! 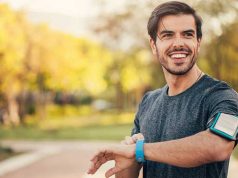