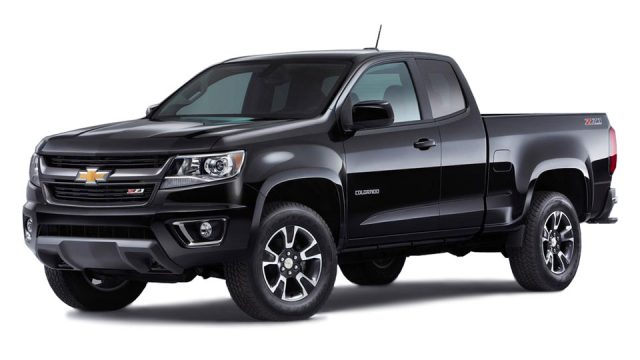 Chevy won honors that the company did not expect to receive this year – as Motor Trend named their Colorado the Truck of the Year for the 2015 model year. Impressively, the truck beat out the Ford F-150 which toted an all-aluminum body that improved fuel economy – but according to Ed Loh, Motor Trend’s editor-in-chief, Ford’s F-150 just didn’t bring enough to the table this year to receive the honor.

While many argued that the aluminum body made the F-150 a shoo-in for the award – Loh noted that “The Colorado is a smart, capable, and refreshingly honest truck that makes a strong value and efficiency statement. It’s perfectly sized and suited for the needs of many of today’s truck users.” This was a note that many within the truck community have seen shifting as automotive companies continue to work to create more efficient, and less heavy-duty trucks. Vehicles that ultimately are more spacious, but pay attention to the fact that most truck drivers don’t want to donate endless amounts of money to fueling the vehicle up. This was the first year that the Colorado was included in the lineup for Chevy and GM. Previously, the Colorado was a ‘small’ truck under the GM umbrella that ultimately was axed for the vehicles lack of staying power within the truck world. All truck manufacturers though have faced increased competition from Asian competitors who this year fell short by a wide-margin in regards to the truck competition.

Loh noted that the Chevy Colorado offers serious truck capabilities, but offers a more sharp and appealing design – and focused on the fact that many customers want a “lifestyle” vehicle rather than a work vehicle that will be used on a construction site 5 days a week. The Motor Trend competition doesn’t actually grade vehicles on cost – so this was the caveat that put the F-150 up against the Colorado in this showdown of the sorts.

In all actuality, the competition wasn’t much of a showdown at all – since all of the vehicles are rated separately on six categories. Design advancement, efficiency, safety, performance of its intended function, engineering excellence, and value are those categories – and on this year – the F-150 was unseated by the Chevy Colorado.

Ohio State football gets new life for CFP with USC loss to Utah –...

7 Shows Like ‘Wednesday’ if You Love the Netflix Series – Decider