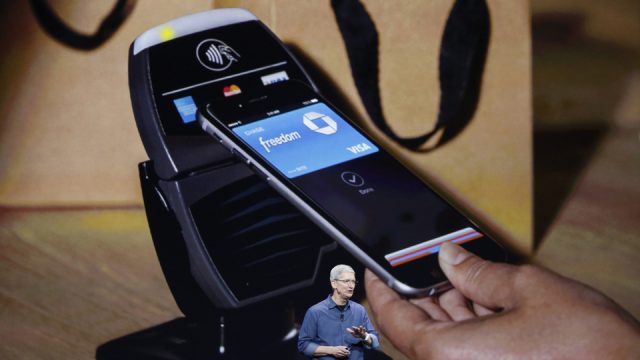 We might again see Apple entering a partnership with a Chinese firm. This time the Cupertino, California-based company is looking to join hands with Chinese e-commerce company Alibaba.

The possible partnership was discussed at the WSJDLive tech conference held in California, where representatives of both Apple and Alibaba were present. Speaking separately Tim Cook, Apple’s CEO, and Jack Ma, the head honcho of Alibaba, said that they are ready to enter a partnership involving Apple Pay and Alipay Wallet, their respective mobile payment systems.

When asked whether there’s any synergy between Apple Pay and Alipay Wallet, Ma said that he himself has extreme interest in that. According to Ma, to make a marriage successful it’s extremely important to ensure that both sides are putting in their best efforts. He added that he has tremendous respect for Tim Cook and his company and thus believes that Apple will act cooperatively to make the partnership a success.

Cook also said that he is also absolutely open to this potential union. He said that he is quite aware of Ma’s work and is very fond of them. According to Cook, Ma is leading a talented bunch of people at Alibaba and thus if there’s any possibility of a partnership between the two companies Apple will surely be open to it.

The Apple CEO further said that Apple has always showed its interest in joining hands with wicked smart people, product based companies with flexible teams and companies that would push it. Cook feels Alibaba has all these qualities and thus would make a perfect Apple partner.

Apple has, however, not shown interest in a tie-up with Alibaba only because the Chinese company has the above mentioned qualities. Apple is interested in the partnership also because last year China had mobile transactions worth 9.64 trillion yuan, which is approximately $1.58 trillion; the amount is 317.56% more than the previous year. Additionally, there was a 212.86% increase in the volume of mobile transactions. The year 2013 also saw mobile payments constituting 3% of all non-cash transactions in China.

The above numbers make it clear why Apple is looking to join hands with Alibaba. Alipay Wallet, which is the mobile payment system run by Alibaba, started its journey in early 2013, January to be more precise. The service is not even two years old, but already has 190 million active users. More than 33% of daily payments made at Alibaba are done using this mobile payment system. At present, as many as 45 million transactions are processed through Alipay Wallet every day.