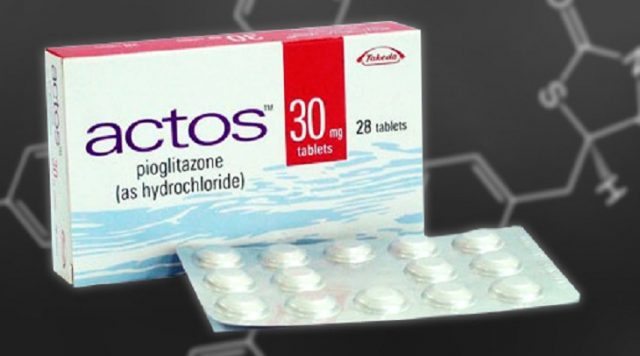 Diabetes drug Actos or Pioglitazone as it is called protects people who have already suffered from stroke, from 2nd stroke.

If combined with standard treatment, including blood pressure, cholesterol medicine and blood thinners, Actos can definitely help in bringing about a 24 percent reduction in another stroke in comparison with a placebo, say researchers.

A professor of Medicine at New Haven’s Yale School of Medicine, Dr.Walter Kernan states that Actos is a new option for patients who had a stroke, so that future stroke is prevented.

For this study, a placebo or Actos was randomly assigned to 4000 patients who had suffered from mini-stroke or stroke.

Even though all those patients didn’t have diabetes, an evidence of insulin resistance was shown, thus putting them at risk for blood-sugar.

After five years of follow-up, 9% of patients taking Actos had a heart attack or stroke as compared with 12% of those taking a placebo, say researchers.

4% of patients taking Actos developed diabetes as compared to 8% of those receiving placebo. This report was published in the New England Journal of Medicine on the 17th fo Feb and is also going to be presented today at the American Stroke Association’s annual meeting in LA.

No one is aware as to how Actos helps in preventing stroke but the best guess is that it helps in improving insulin resistance, helps in reducing inflammation and helps in managing body fats.

Preventive neurology is taken in a completely new direction, and new opportunities are opened up for patient care.
Whether Actos would help in preventing stroke depends on how the evaluation of these findings is done by the medical community.